Posted on December 12, 2016 by Siobhan McNamara 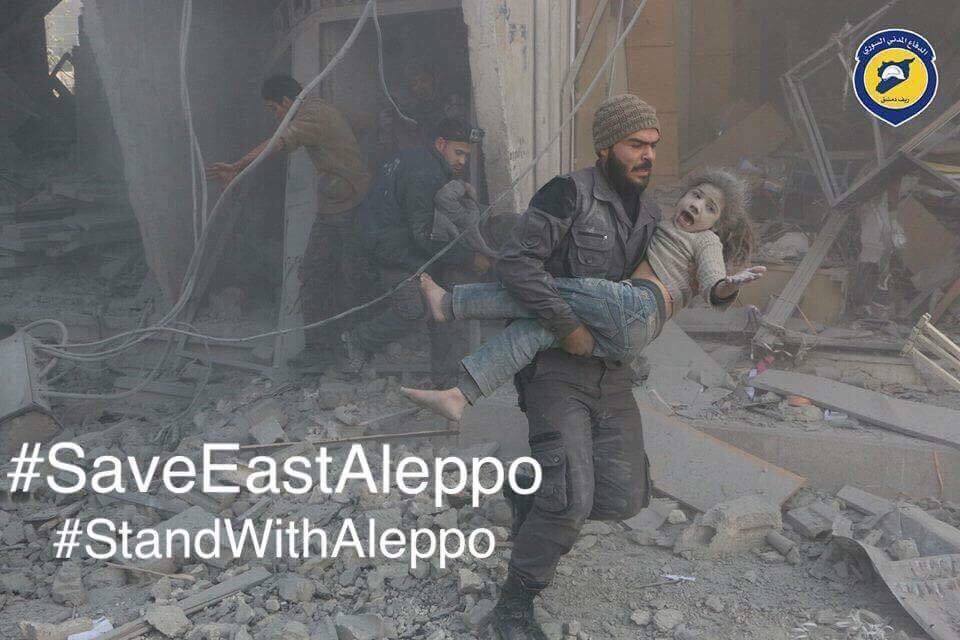 Pictures on Twitter of children smeared with blood and dust,

being dragged from piles of rubble

are as familiar in 2016 as the television images

of Ethiopian children 30 years ago.

People said back then that sending food wouldn’t solve

alive – and at least it was something we could do,

even if we couldn’t change their world.

What of the children of Aleppo? Victims of grown up wars

the whole world struggles to understand?

Children whose only lifeline is the weary hand

of a White Helmets volunteer, or a doctor far from home.

Remember the children of Aleppo, smeared with blood, dust

bewilderment and fear as they sit among the piles

In Syria the hashtags do not change. Tonight in Aleppo

they are Tweeting goodbye.