An Appropriate Send Off – a 100 word story

To find out how to get involved in this group, click here

To read other contributions click on the blue frog 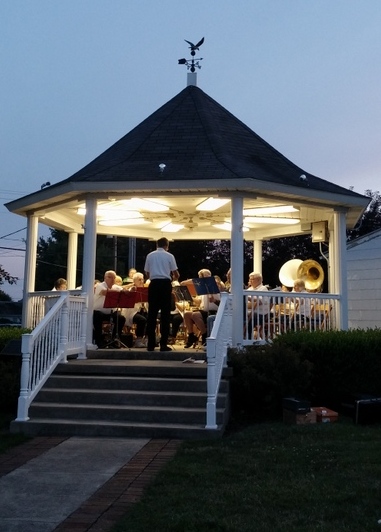 An Appropriate Send Off

As one of only four remaining founder members Nigel endeavoured to pass on the original ethos of the brass band to younger members.
Three rehearsals per week and a strictly traditional choice of music ensured the trophy cabinet was jam-packed.
When his funeral procession passed the bandstand a note-perfect slow march was performed with due sadness. The older members slipped off to the funeral.
Young Dominic took the baton.
A giddy excitement rippled through the band as secretly rehearsed arrangements of Bohemian Rhapsody, Mamma Mia and many more ‘modern’ classics burst into the air.
They played until midnight when the police arrived and asked them to be quiet.

59 Responses to An Appropriate Send Off – a 100 word story