How does your garden grow?

Posted on December 3, 2014 by Siobhan McNamara

Below is this week’s contribution to Friday Fictioneers. The challenge is to write a story in approximately 100 words in response to the photo prompt provided. This week’s photo comes courtesy of ©Janet Webb. 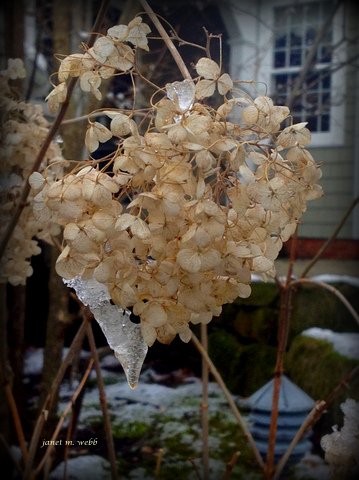 How does your garden grow?

I never paid much attention to the garden. Young Joshua down the street kept it nice in return for pocket money. He wanted to study horticulture but his mother needed a carer and his father was busy sitting in the pub telling everyone how tough it was having a wife who was ill.
Joshua’s mother Eileen gave me those hydrangeas from cuttings. Theirs flowered a pale blue but mine were pink.  Joshua said it was because their soil was more acidic.
I wish I had offered to take Joshua in when Eileen died. No-one knows what became of him.
I should have paid more attention to my garden.

42 Responses to How does your garden grow?